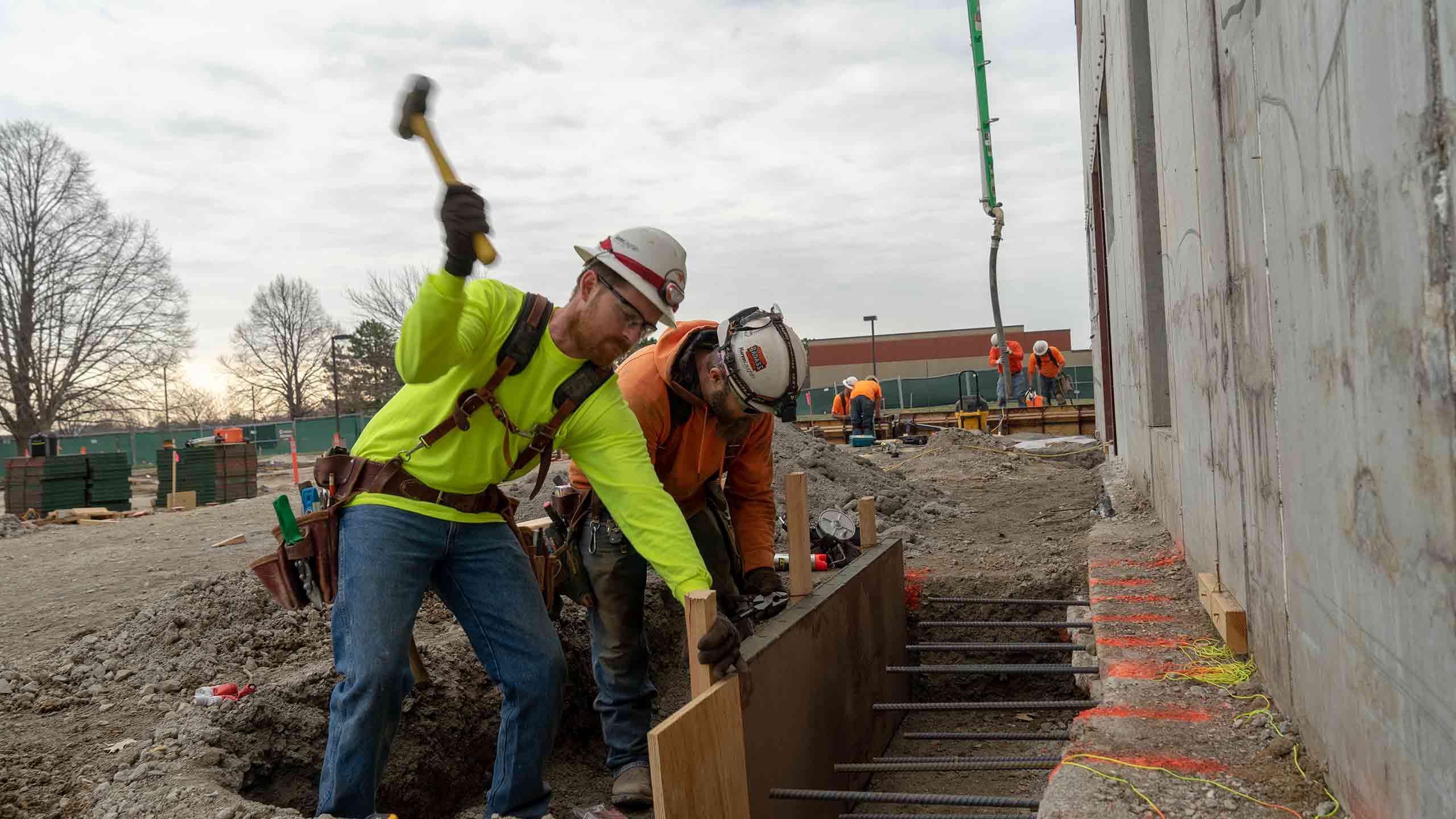 Jason started working for Lee Bishop Foundation Repair as a teen. Lee is his uncle. Jason’s grandfather was a retired carpet layer and worked for Lee for a few years after retirement. Jason was fortunate to learn his work ethic from his grandfather. Lee and his son were brick and block masons that poured flatwork as a necessity. When Jason took interest in learning to finish, the Bishops sent Jason to Gary Poe in Eagle Rock, MO. Gary is another uncle and allowed Jason to live with him for a year as Gary taught him the trade. They poured high-end residential flatwork around Table Rock and Beaver lakes, and commercial flatwork like Tony Orlando’s theater and several hotels in Branson.

Jason moved to Lawrence, Kansas to marry his wife and worked for Dean Penny. During this time, Jason learned to layout, set and pour curb. Penny worked on many civil type construction projects, opening Jason’s experience up to much more than just slabs and paving.

From there Jason went to several shops: Dennis McNish, KC Flatwork, and Al Muhlberger. All during this time Jason averaged 5 “side jobs” per month and attended JCCC night school completing classes in construction management and civil engineering.

Collene Concrete was a ground up company. Starting with Jason and a few good finishers, they completed hundreds of jobs ranging from residential flatwork, decorative stamp and color, schools, parking garages, and mausoleums.

Jason built teams up to over 80 men in the field running 15 jobs at a time. Jason is an operations-oriented personality that is always drawn to the field. He plans to train tradesmen to finish concrete while continually looking for people better than himself to run, help win, and manage the work.

Jason has started TruePlane Concrete. This smaller company will allow Jason to focus on the work. TruePlane Concrete is targeting a 15-20 person concrete crew in the coming years. This is the “sweet spot” for crew size that will allow the crew to split into 3-4 small crews. These crews will be pulled together for large pours once or twice a week as needed.